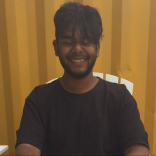 A frequent collaborator of Nike, the Air Force 1 High sees William’s minimalist touches applied to an understated and refined design. Launching in both an all-black and black/white colourway, the silhouette boasts an anodized aluminium buckle for closure on the front and an embroidered Nike swoosh on the back.

The AF1 will be available on the 24th October 2020 from midnight onwards exclusively on alyx.com and Nike SNKRS App.